Why Diet Coke is Crack Cocaine 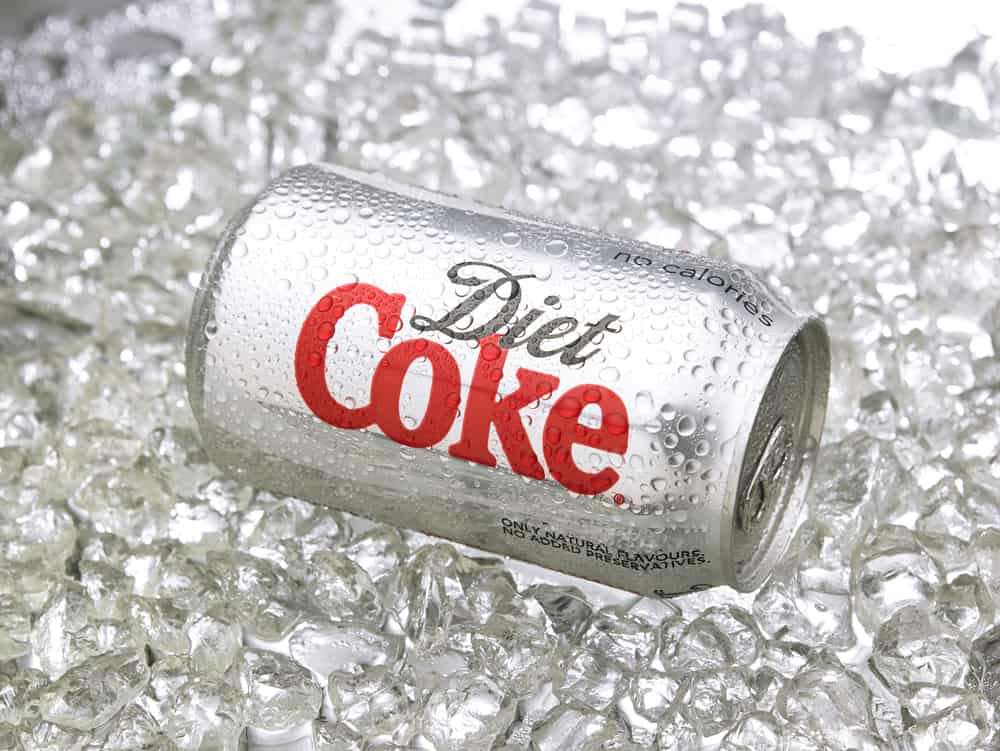 There was a time when cracking open an ice cold can of Diet Coke was considered cool. It hit the market as the hot new diet soda—the “healthier” alternative to Coca Cola. But one doesn’t have to look too deep into the sweet black stuff to see the oxymoron in that.
Diet Coke has been punted as a calorie-free alternative to Coke for over 30 years, and despite warnings in the media of its negative health effects, it’s still all too often the go-to diet drink of all time.
But let’s take a look under the lid and see what’s inside. Its ingredients are listed on the back for all to see but most consumers turn a blind eye to long, complicated, scientific words that state the obvious: this product was manufactured in a laboratory.
We either assume that manufacturers of these products have our best interests at heart and wouldn’t include ingredients that could negatively harm our health, or worse kill us. Or we ignore these scientific names, knowing they’re probably bad for us, but what the heck, at least the product is not hiding it.
Rarely, do we take responsibility as consumers and read between the lines. Let’s break it down shall we? The following are the ingredients listed on a Diet Coke:
Carbonated water, Caramel color, Aspartame, Phosphoric Acid, Potassium Benzoate (to protect taste), Natural flavors, Citric Acid, Caffeine. (Contains Phenylalanine)
Aspartame is an artificial sweetener that is about 200 times sweeter than sucrose. Unlike other artificial sweeteners, it is actually metabolized, which means it has certain effects, the least of which is that it ironically increases hunger and may actually cause weight gain instead of weight loss.
The worst of which is that Aspartame, which is made up of 3 chemicals—aspartic acid, phenylalanine, and methanol— accounts for over 75 % of the negative reactions to additives reported to the FDA. Aspartame is gaining notoriety as a chemical poison and a neurotoxin and is slowly being removed from the manufacture of certain diet sodas.
Next up is Potassium Benzoate, which is a common food preservative that prevents the growth of mold, yeast and certain bacteria. It’s apparently also used in fireworks’ whistles. That’s just weird.
Lastly, Phenylalanine (what a mouthful) is a chemical found in the breast milk of mammals and in certain foods like eggs, chicken, beef, milk and soy. It also has analgesic (aka pain-killer) and antidepressant effects. Hmmm no wonder Diet Coke is…addictive.
So as you can see the carbonation, caramel color and caffeine are mentioned last here but are not the least of it. The carbonation in diet sodas makes the caffeine and artificial sweetener kick in a lot faster. And the caffeine creates a “false” metabolism by tricking the nervous system into thinking it has energy when it doesn’t (low calorie content).
So, bottom line is this stuff ain’t good for your waistline. It ain’t good for your lifeline. And it’ll sure as hell wreak havoc on your system before it sheds any pounds.
So, kiss Diet Coke goodbye. And if it’s not so easy to do, start a diet soda support group—DCA (Diet Coke Anonymous). You may feel reassured that you’re not alone when you see other soda addicts crawling out of the pipelines.

Ready to fast-track your path to a future where you and others can thrive?

Everything You Want to Know before taking the NBHWC Certification Exam

Becoming a National Board-Certified Health and Wellness Coach (NBC-HWC), also known as NBHWC Certification, should be part of your professional goals if you wish to stand out in the health and wellness coaching industry. It is a crucial first step to secure the right credentials and expand your career, especially in the healthcare industry. Having […]

Successful health coaches are not simply defined by their achievements in the field but by the skills and qualities they embody. The appeal of becoming a health coach continues to rise given the relative increase in cases of patients with chronic diseases. Not to mention the rise in people who are paying close attention to […]

5 Attributes Clients Look For In A Nutrition Coach

There is a clear interest in healthcare workers that concentrate on diet and wellness. The US Bureau of Labor Statistics noted a growth of 11% for occupations related to dietary management as a result of the rapid increase in chronic diseases that require nutrition regulation. This continuous trend influenced competition among nutritional coaches as their […]